Defra and the Government have today announced proposals for modernising the hosepipe ban, to update the 62 year old legislation surrounding it. These are just proposals - not law yet - and will now be open to consultation before going through Parliament. Modernisation of hosepipe ban rules was something we were crying out for over the last year on this website. Here's the full press release from the government: [...]

Mid Kent Water has become the final water company to lift its hosepipe ban following months of above average rainfall and a rise in the region's underground water levels. The underground aquifers are said to be crucial to Mid Kent Water as they get almost 90% of their water from them. [...] 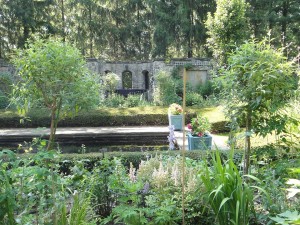 Due to underground water supplies still being to low, Mid Kent Water have announced their Hosepipe and Sprinkler ban will stay in place. The water company - which provides services to 580,000 customers in Kent - is the only one to retain a ban. [...]

South East Water have announced that their hosepipe and sprinkler ban will be lifted from tomorrow (Wednesday 7th of February). The company stated that 4 months of above average rainfall has "significantly improved key underground sources" which account for three quarters of all their supplies.

Following our report yesterday that three water companies had lifted their hosepipe bans, Thames Water have now stated that their ban is over too. A spokesperson from Thames Water said:

"The good news is that the recent wet weather has allowed us to fill our reservoirs. It has taken some time for the rain to seep down into underground aquifers that keep rivers and reservoirs topped up during the spring and the summer, but groundwater levels throughout the catchment area are also rising and are expected to have generally recovered to at least near normal levels by February. This all means that keeping the hosepipe ban in place is no longer justified. We regretted having to impose the ban, our first in 15 years, but given the severity of the drought, a cautious approach was needed to keep taps flowing without harming the environment by taking extra water from rivers." 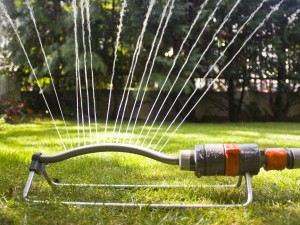 At last, three water companies have lifted their hosepipe bans with the rest looking at following them. Southern Water, Sutton and East Surrey Water and Three Valleys Water all announced today that the lifting of restrictions would come into effect from midnight.

This winter has seen all of England and Wales getting higher rainfall than average. Reservoirs are topping up nicely and the all important groundwater levels are also improving steadily. Water UK, representative of the water companies still urged caution:

Despite positive comments from Thames Water this weekend stating that the hosepipe ban being lifted was "increasingly likely", they refused to name a date. Although we've recently seen higher than average rainfall, widespread flooding and reservoirs filled to the top, an end to the ban is still not the wisest option according to weather experts.

Even though we're in the middle of a wet and windy winter the hosepipe bans stay in place with seven water companies. However, the Environment Agency is positive about the near future. They state the following this week:

So, the beginning of October arrives and we start folding away the garden furniture and sticking the barbecue back in the garden shed. Another summer over with months of cold and rain to look forward to. But we still can't use our hosepipes?

A new poll of people living in the south of England reveals that 29 per cent of those polled (just over 1000) have broken the ban at some point. As almost 13 million people are affected by a banning order, this equates to 3.7 million people ignoring the ban.

When you don't get in trouble for ignoring it.

So what's the point of having a hosepipe ban when those who are caught flouting the rules simply get a letter of warning from the water company involved? This is what is happening. For instance, Thames Water has sent out 2900 letters warning people who have been reported by neighbours for ignoring the rules since the ban started in April. I'm sure they were really scared.

Drilling companies are working around the clock to keep up with demand for boreholes as drought-affected people look for ways to capitalise on the resources beneath their own feet.

Recently widowed Maureen Sanford got a shock on Monday when Three Valleys Water sent her a letter saying she had been reported for filling a watering can with a hose which is banned. However, she is allowed to fill a paddling pool with a hosepipe.