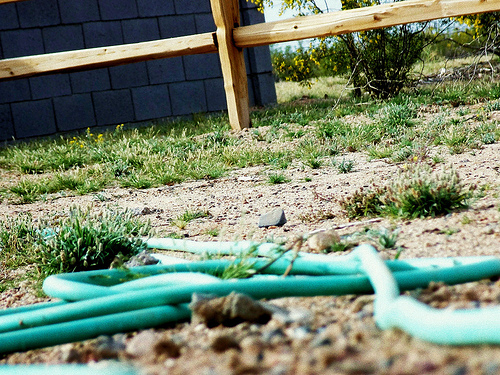 As has been suspected for a few days, the Environment Agency has today declared a drought in East Anglia.

Here’s the Agency’s statement in full:

Parts of the Anglian region are now officially in a state of drought, Defra and the Environment Agency announced today.

Areas in the South West, South East, Midlands and Wales are experiencing near-drought conditions following the driest spring on record in South East and Central Southern England, and the driest right across England and Wales since 1990.

Environment Secretary Caroline Spelman will hold a second drought summit to review the impacts of the continuing dry weather and consider what more can be done.
Mrs Spelman said:

Drought has hit parts of East Anglia, with other areas in England and Wales also giving grounds for concern.

Water companies are confident that supplies are high enough so that widespread restrictions to the public are unlikely. We’re doing all we can to reduce the impact on agriculture and wildlife, but everyone can play their part.

Households know how to use less water and everyone can do their bit to use water more wisely, not only through the summer, but throughout the year.

Utility companies, farmers, water companies and environment groups are meeting today to discuss what can be done to share resources, save water and build resilience for future dry conditions.

Although some areas across the country have benefited from recent rainfall, this has done little to improve the situation in the driest areas.

Agriculture in particular has been affected by the dry weather, with the overall picture mixed for producers and growers.  Some horticultural crops have benefited from an earlier season and high consumer demand, but the lack of rainfall is now causing more general challenges for the sector and  some cereal crops are already facing irreversible effects.

The Environment Agency is monitoring rivers and will respond quickly to pollution incidents or low oxygen levels and wildlife stranded by rivers drying up.

The organisation is working closely with farmers and other water abstractors to find ways to make water resources go further. In parts of the central Fens, some farmers and growers have volunteered to irrigate only at night, to reduce evaporation and some abstractors are forming water co-operatives to share the limited amounts available.
The Environment Agency’s Chief Executive, Dr Paul Leinster said:

The Environment Agency, water companies and other water users have plans in place to cope with drought to ensure there is enough water for people, businesses and the environment.

Many rivers have low flows as result of the dry weather which can harm wildlife and increase the impact of pollution incidents, so we are stepping up our monitoring to be able to respond quickly.

Low river flows also impact on business, as it abstracts millions of gallons from rivers on a daily basis and we need to ensure this is sustainable. It’s important that we all use water wisely at all times of the year, and especially during drought.